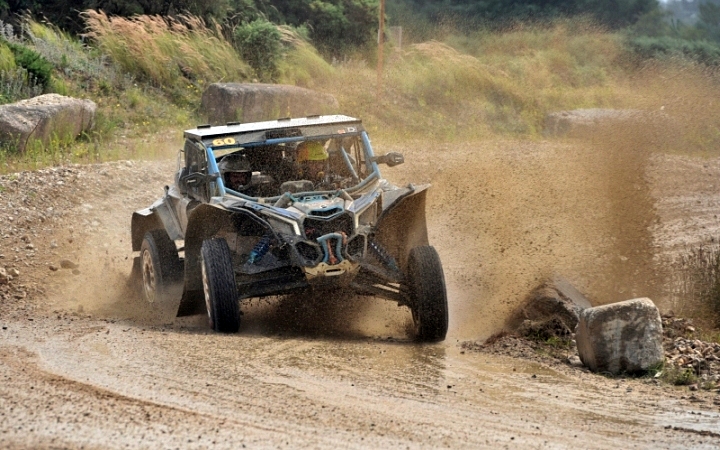 The penultimate round of the Britpart British Cross Country Championship takes place next weekend and the competitors will face a new challenge with the first ever visit of the series to the Whaddon venue in Buckinghamshire.

Justin Birchall got his season back on track at the last round in Bovington, a win taking him to the top of the championship leaderboard on 252 points. Birchall’s navigator has prepared for the event by taking part in Rallye Des Cimes, partnering Dan Lofthouse in Mike Moran’s Lofthouse Evo.

Fellow Lofthouse driver Mark Jacques is in second place with 243 points after salvaging fifth place at round four following transmission problems on the opening day.

In third place, with 233 points, is Phill Bayliss who has finished third overall on each of the last three events in his Land Rover Special.

Paul Rowlands was unlucky not to get a win at Bovington but the second place he achieved was enough to put him in fourth place in the championship on 203 points.

Just behind Rowlands, on 199 points, is Aston and Martin Cox who are in fifth place despite missing the last round.

“Unfortunately harvesting got in the way of racing at Bovington,” said Aston. “We’ll be out in the Can-Am X3 at Whaddon rather than the GSR 206. We’re looking forward to a nice local event for a change!”

Another driver returning after missing Bovington is Michael Wilson who will be looking for another production class win in his Freelander.

“Both the car and my navigator weren’t in a suitable condition to race at the last round but both are fine now so we’ll be at Whaddon,” commented Wilson. “A new screen is going on the car this week and there are a few other jobs to do when I get back from my holidays but nothing major.”

Chloe Jones presently leads class 7 and just needs to get a point for starting to wrap up the class championship.

“I start at university the day after the event so it’s likely to be our last racing of the year,” said Jones. “With only having to cross the start line to win the championship we’re going to be playing for overall points as we having nothing to lose and everything to gain.”