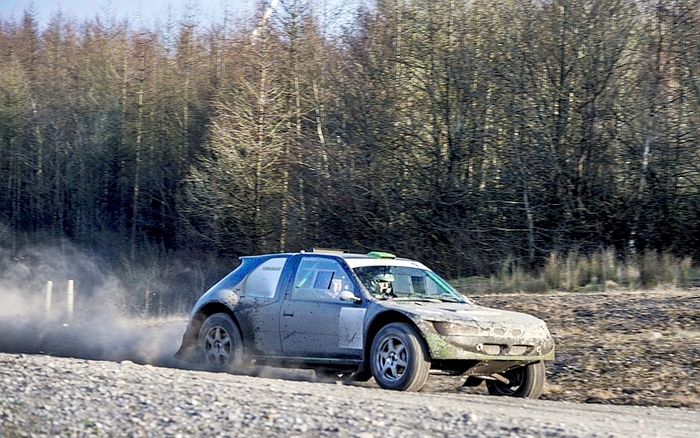 Andy Powell will give his Gamber Logistics and Suttons (Ross) Limited-supported Caze Peugeot 306 Cosworth its British championship debut this season when he contests the Britpart BXCC.

Powell tested the car last year but the BXCC will be the first time he has used it in a championship. He competed in the British championship in 2017 in a Walker-Adams Revolution and before that he had several seasons in a Simmbughini, with a best finish of second overall in 2015.

“The car is a massive change from what I’ve been used to,” said Powell. “I’m hoping I’ve got the talent to compete against a good field of drivers. I’m glad the championship is up and running again with new blood and I’m positive that Jon and his team will do a great job. Mason Kershaw will be navigating for me and we’re both hoping for a great season.”

The entry list for the Britpart BXCC is already over 50% full even though entries have only been open for two days. Any crew wishing to enter can do so via http://crosscountryuk.org/competitors/.