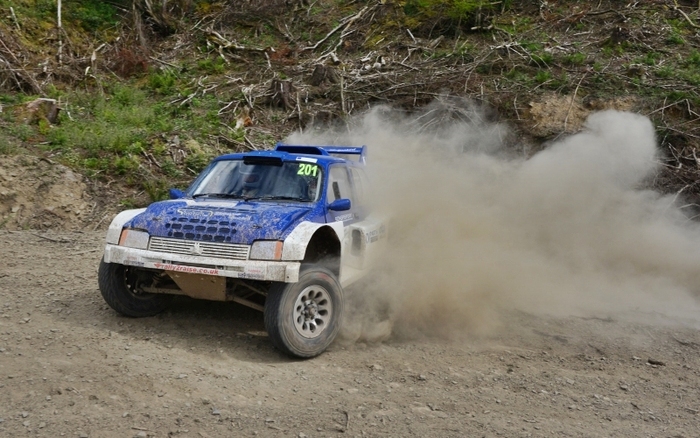 Phil Ibbotson will compete in the Britpart British Cross Country Championship this season, his first full championship as a driver since 2013.

Ibbotson raced his Wolf Joinery-supported Metro 6R4 Evo in the championship for several years before navigating for Andy Powell in 2014 and 2015. He entered a couple of rounds in the Metro in 2016 and 2017, winning the Clubman class at Ceri in 2016.

In the navigator’s seat will be Karina James who previously navigated for Paul Harris.

“I’m looking forward to racing in the BXCC,” said Ibbotson. “It looks like there will be some good events and it’s great that we’re going back to Sweet Lamb.”