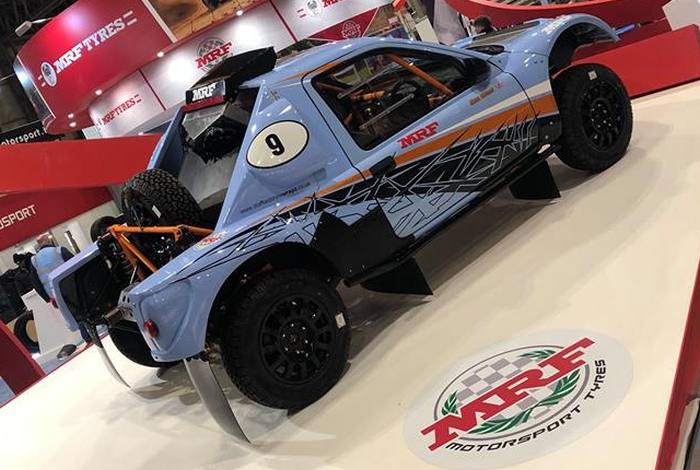 Warrington duo Mike “Bumpy” Moran and Tony “Tomcat” Coid have announced that they’ll be running in the 2019 BXCC.

Their Lofthouse Evo 9 racer is already prepared and recently starred at the Autosport Show on the MRF Tyres stand. The car will be running MRF tyres in the championship.

Bumpy, who is now classed as an “elder” of the offroad world, is looking forward to returning to a national British championship having won the BCCC title twice. He commented “It will be good to be racing again, the car is all set and my zimmer frame has been adapted for offroad use.

Tomcat said: “We are looking forward to racing on these iconic and new stages, we are going to set our stall out for a top 30 finish!”